Available discounts will be applied during checkout. Free shipping on US orders over $35, 15%-20% off on eligible orders. 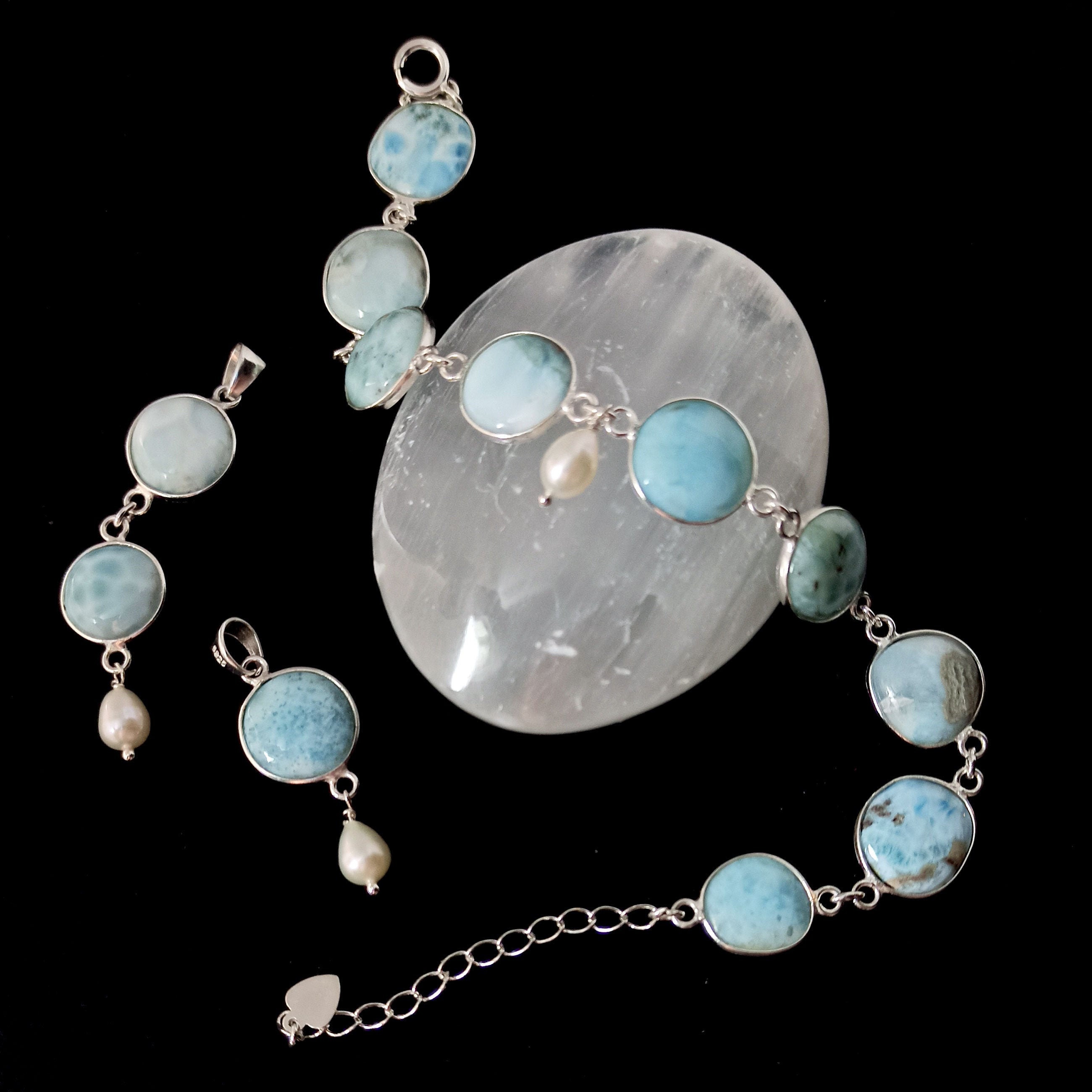 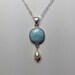 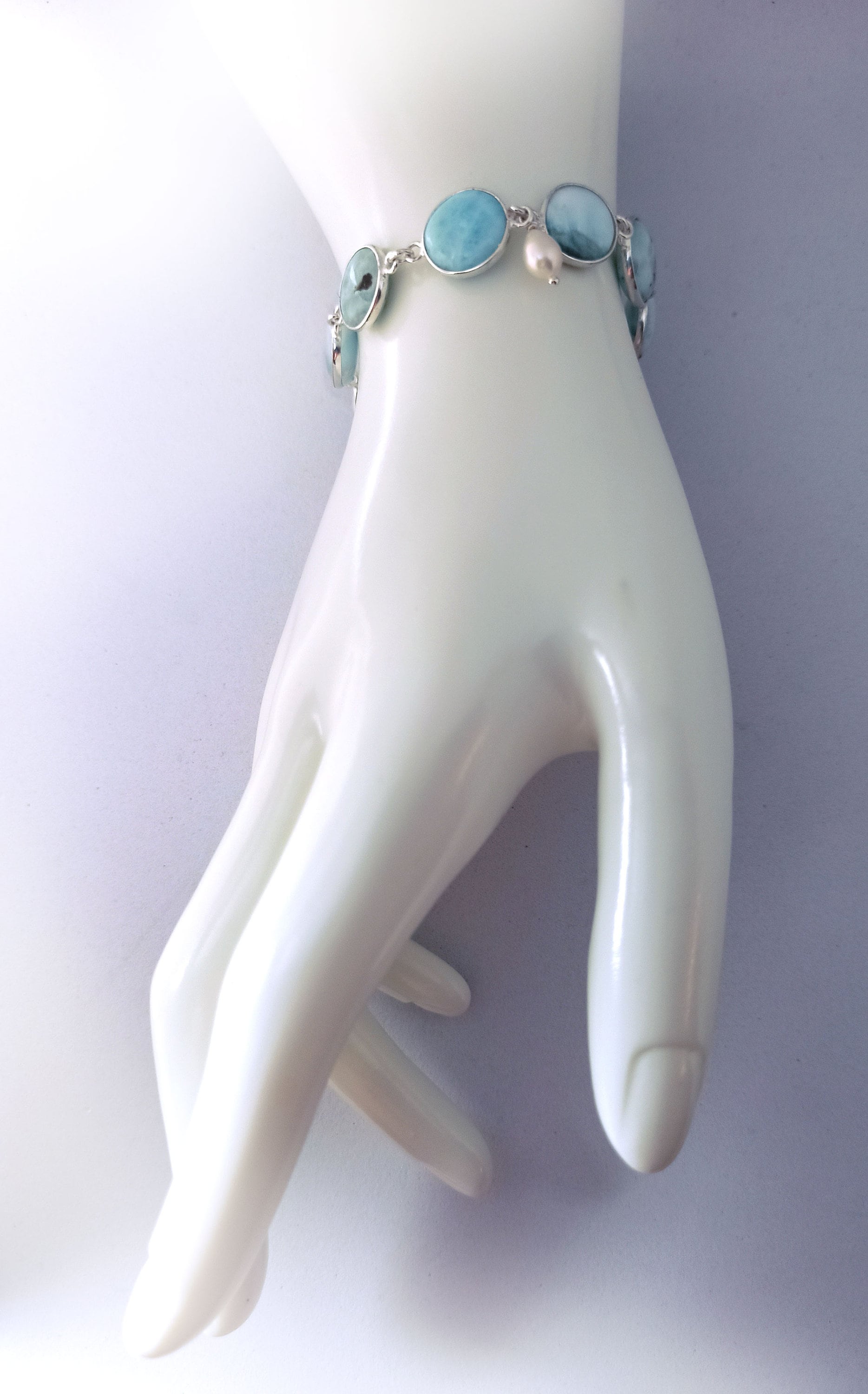 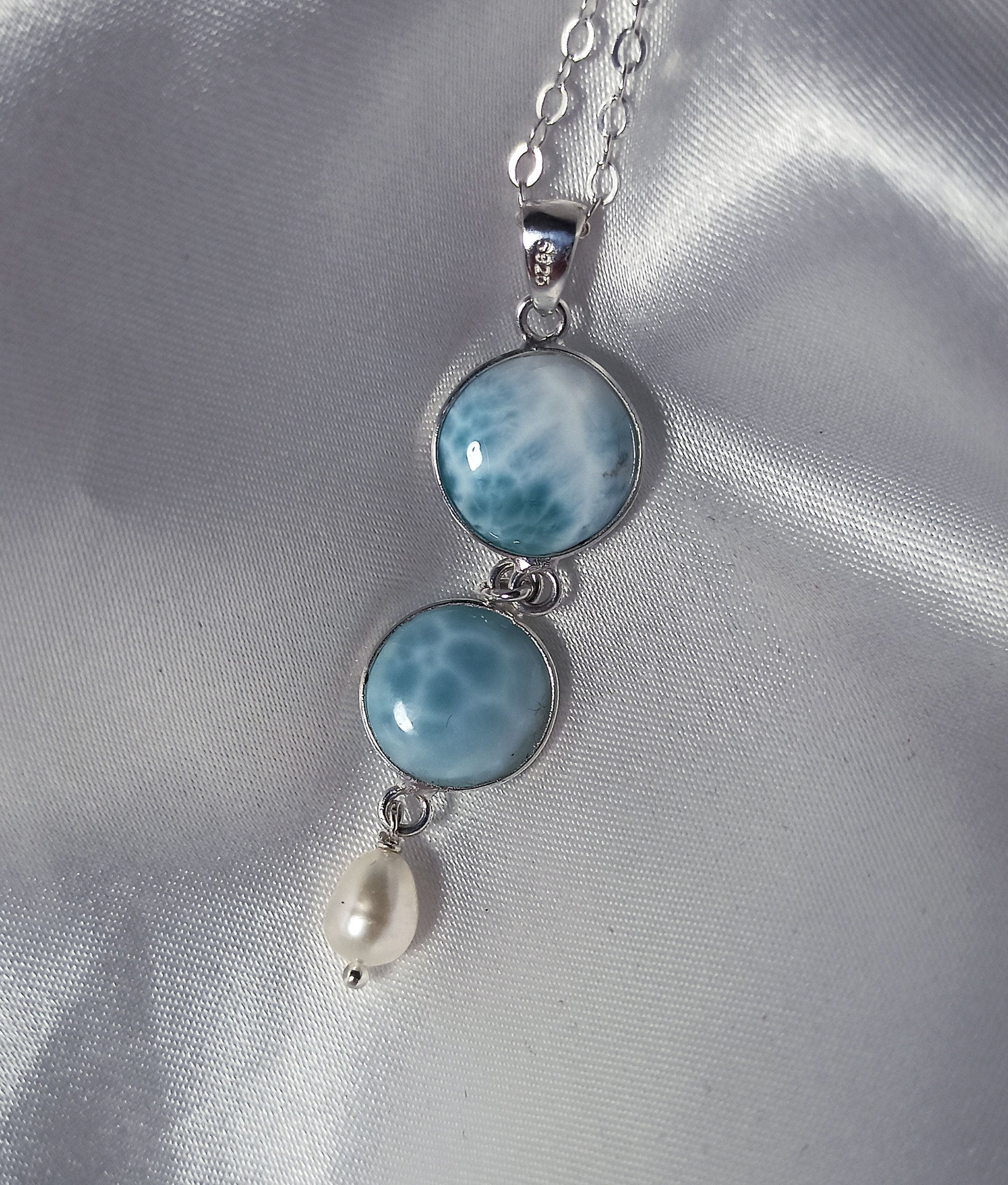 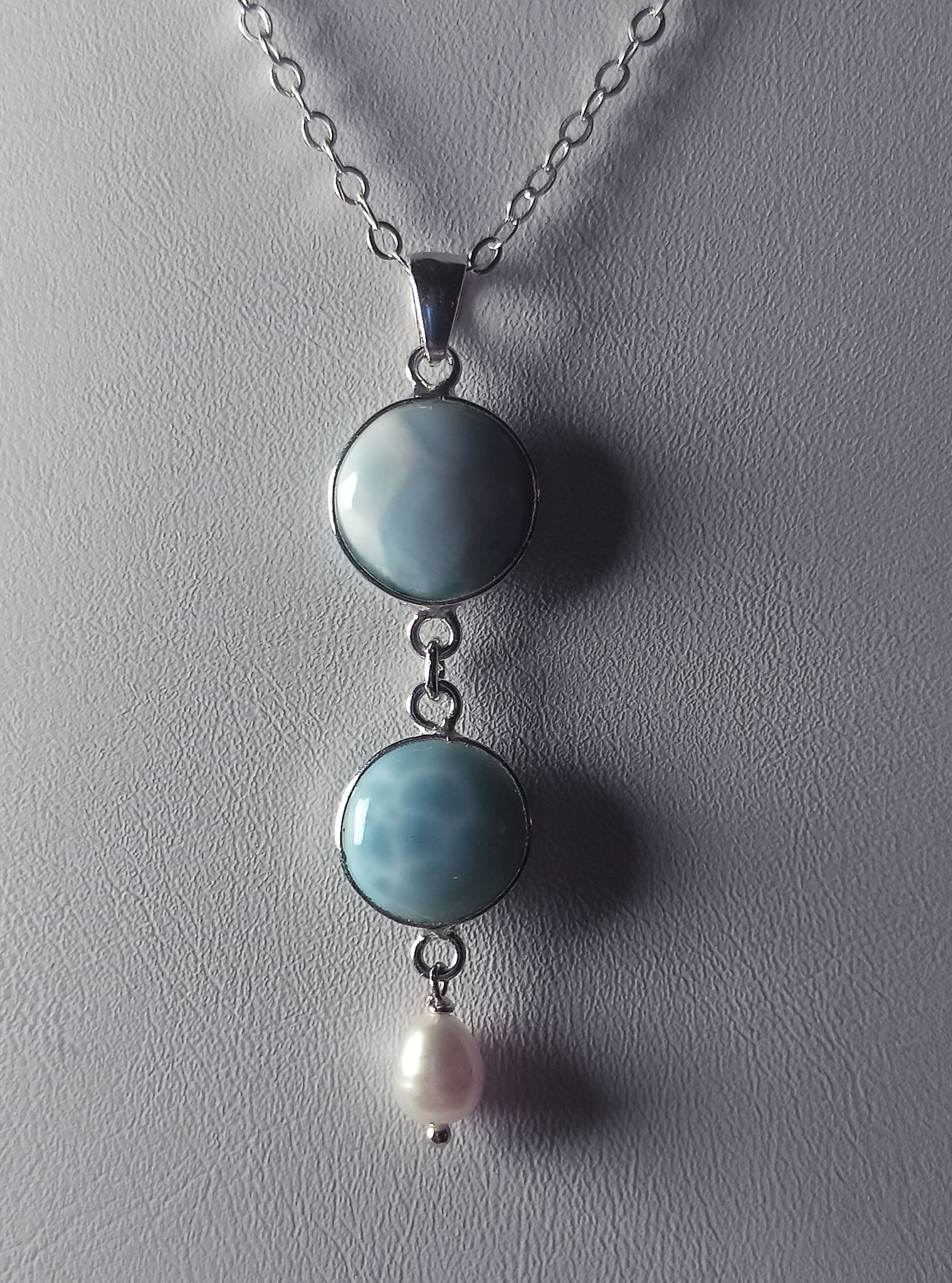 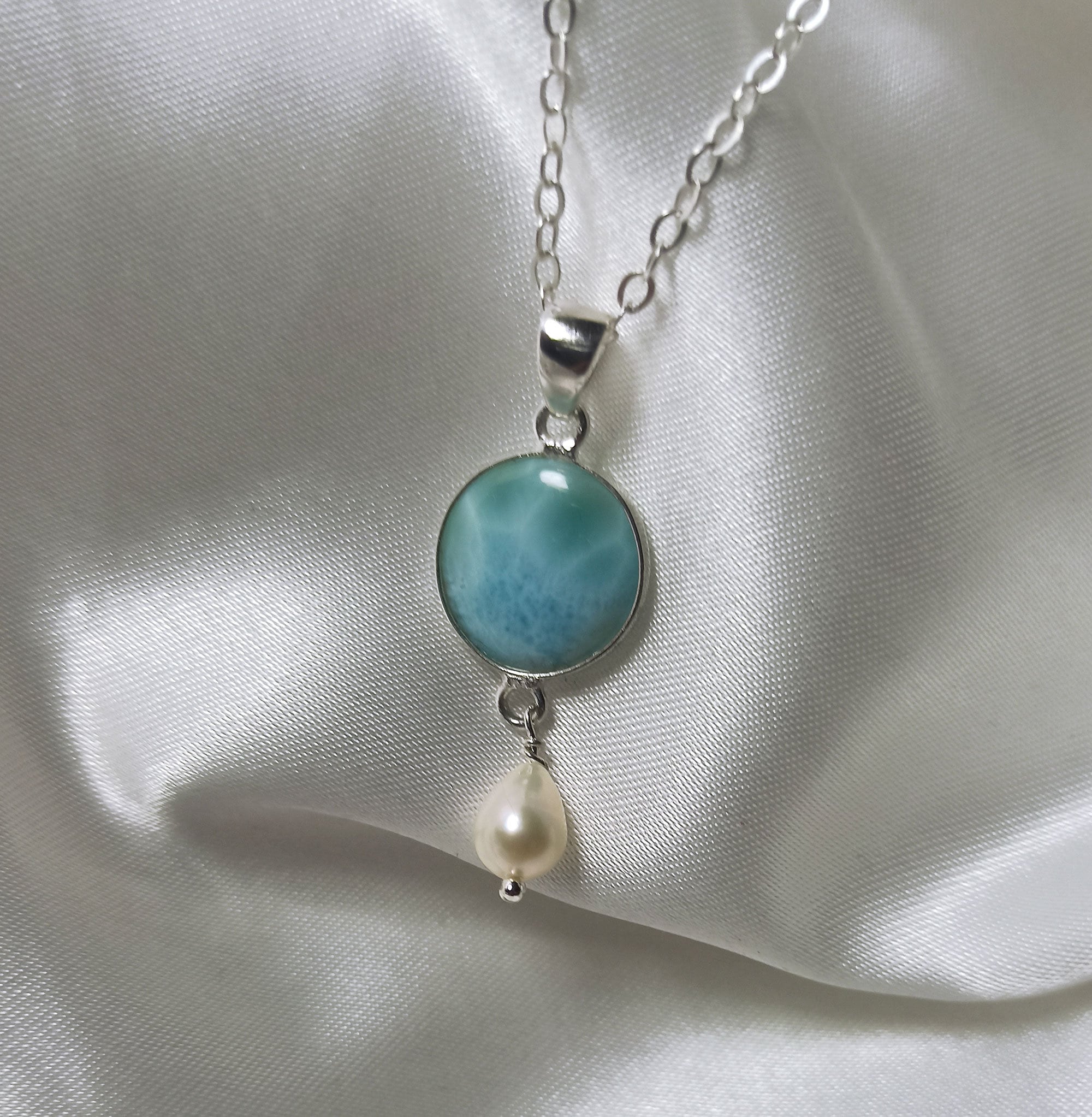 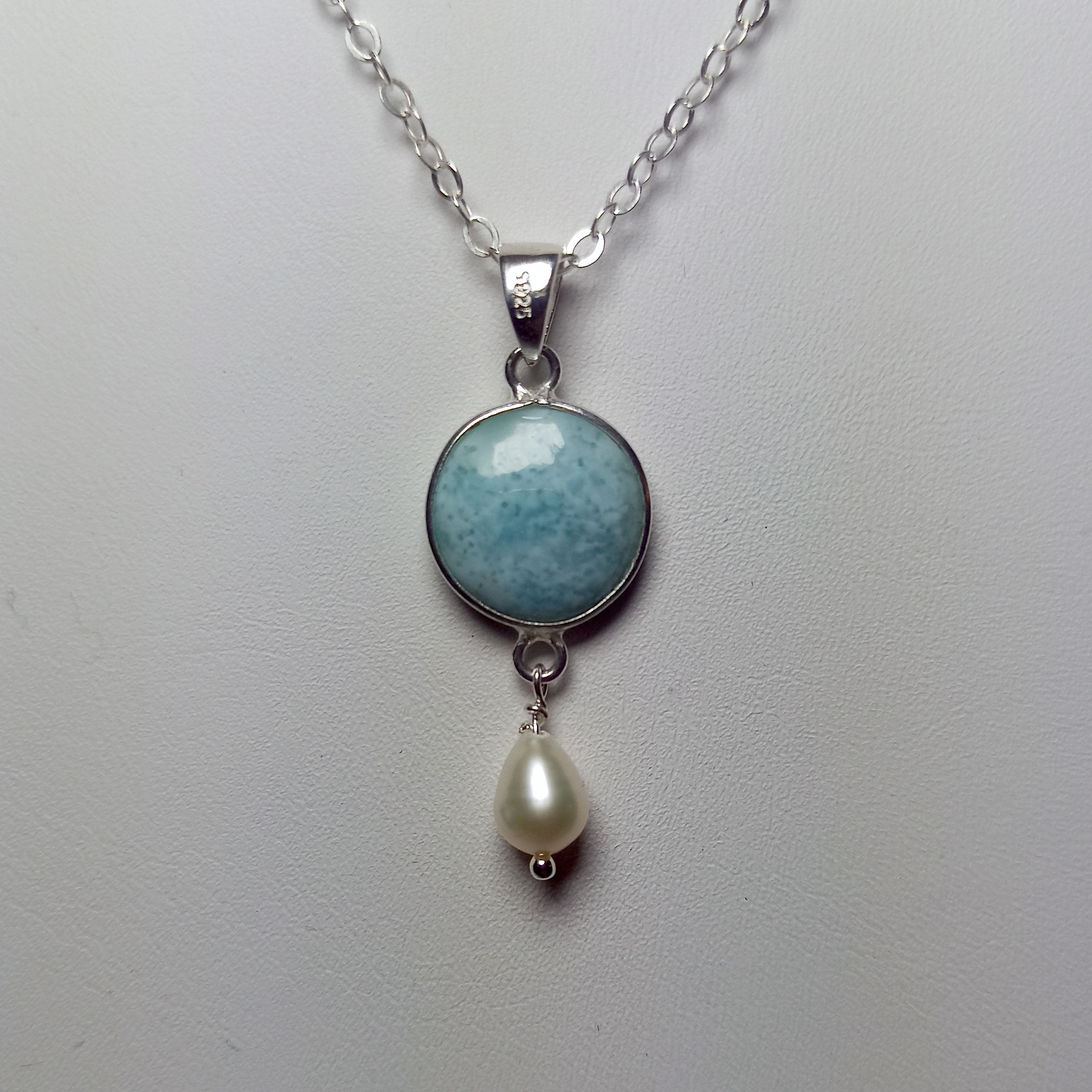 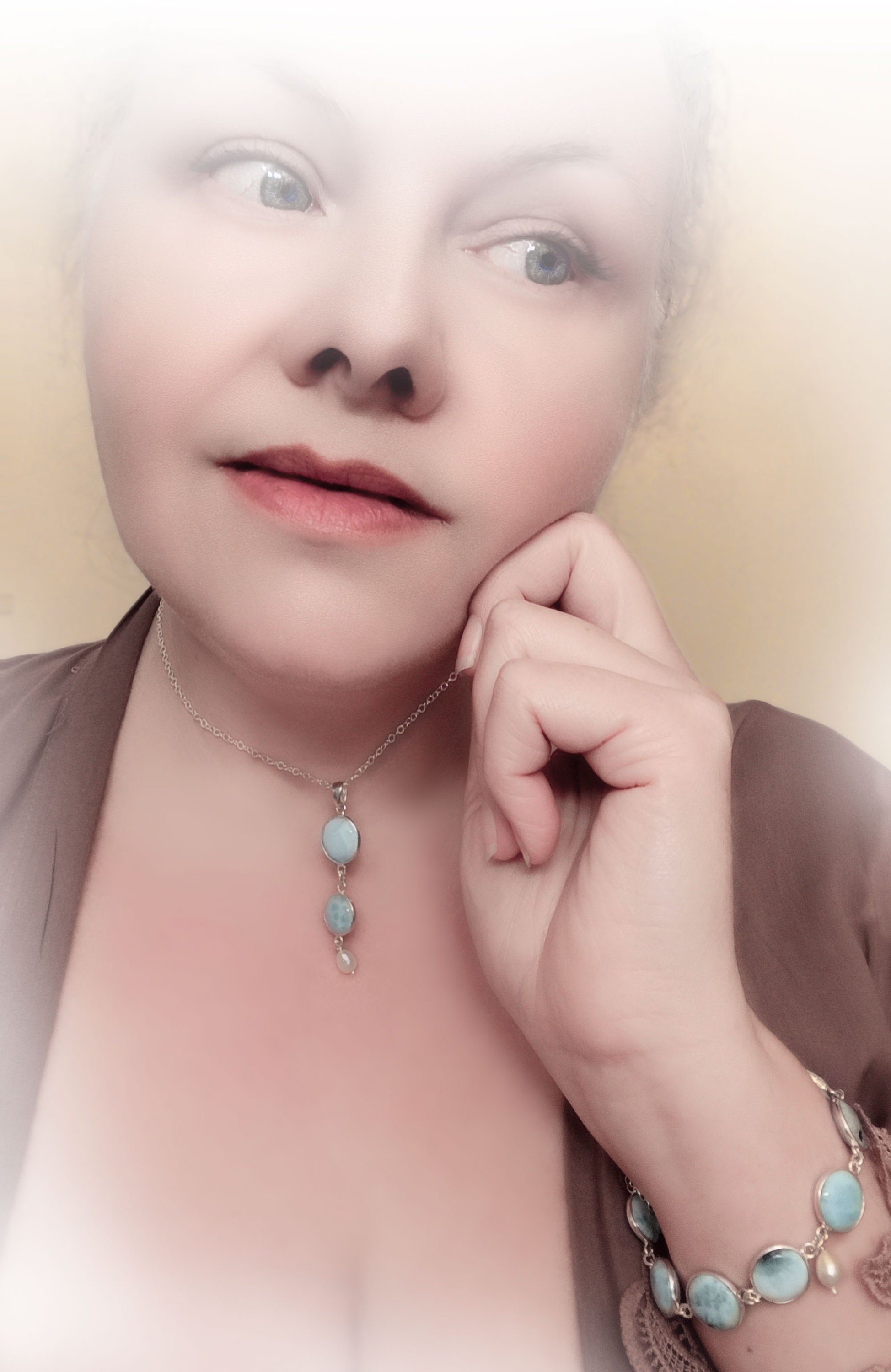 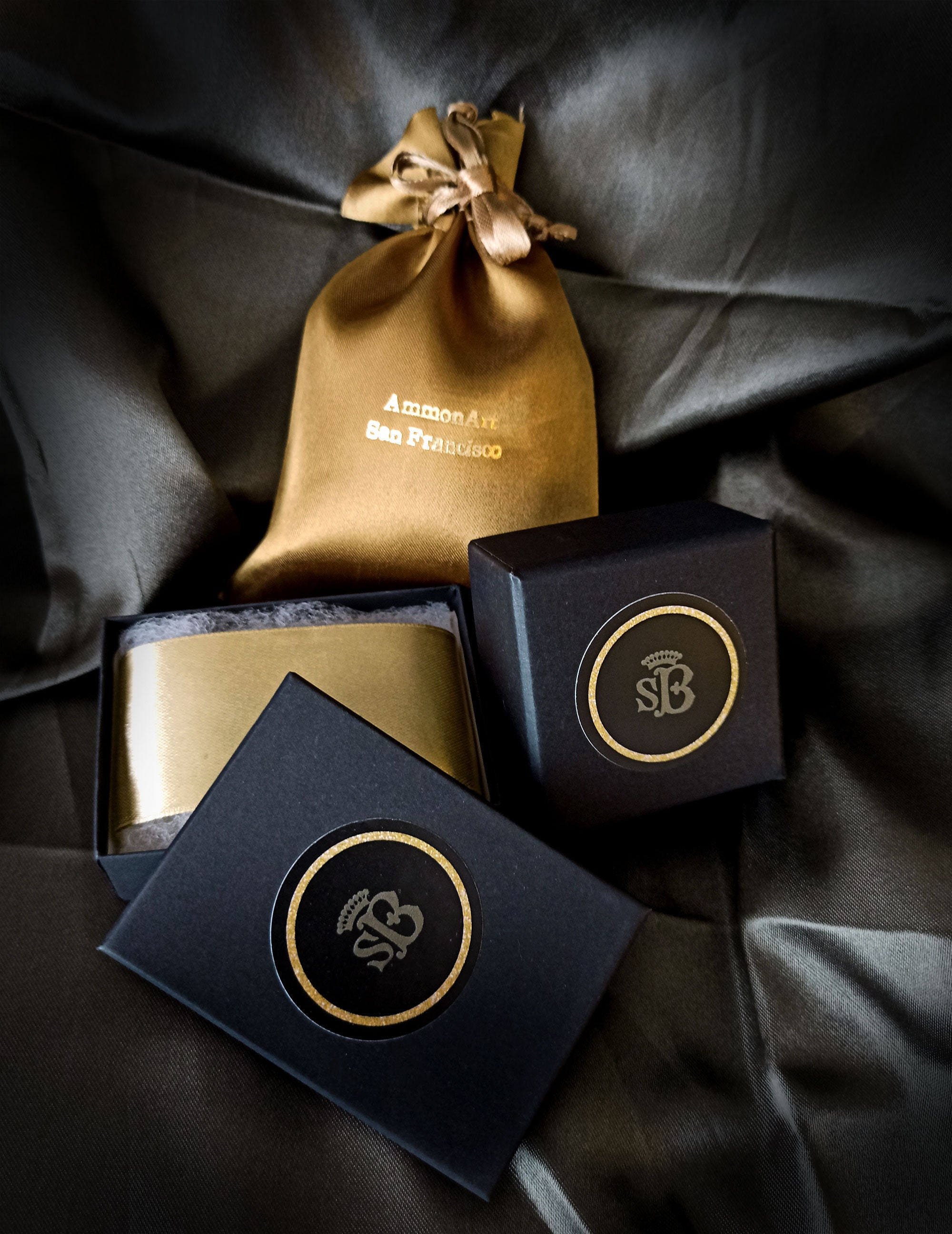 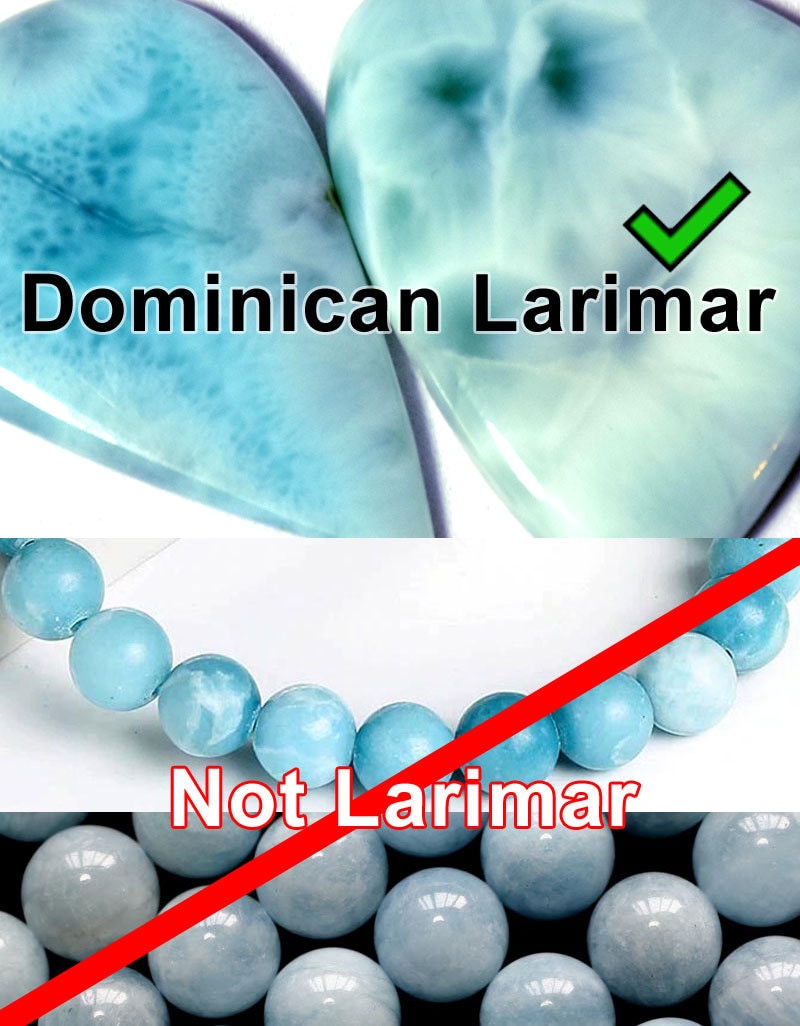 Each side of the natural stone is different, so the pieces have two looks to play with (if you don't mind the tiny 925 stamp on one side of the bail).
You can select the set with a short or long pendant, or each piece separately.

Pendant or set comes with an 18" 1mm sterling silver chain as pictured, in a gift-ready branded matte black jewelry box, with a branded champagne satin satchel (a little lighter color than pictured in packaging image).

Larimar (pectolite) is a wondrous new gemstone fairly recently discovered in only a few places, with the prime source of the most beautiful creamy blue/pastel green stones like these in the Caribbean. It reflects the gorgeous tropical colors of blue sky with fluffy white clouds and clean ocean of this beautiful place, melding blue, sea green and cream tones reminiscent of a watercolor painting. Due to its beautiful blue color, it has also been called Mermaid stone or Atlantis stone, but its original name came from its discoverer, who combined the name of his daughter Larissa with the word Mar (sea). Locals call it “piedra del amor” (stone of love), in honor of a long island tradition of giving a larimar ring to a loved one as an engagement gift.

How to spot fake vs. genuine larimar:
Take a look at the last image in this listing. Due to its unique beauty and rarity, Dominican larimar (pectolite) has become one of the hottest new gemstones on the market. As of few years ago, its value increased several times over, and unfortunately, that brings in the shady dealers. During my recent check, more than half of the “genuine larimar” gemstones were something else!

True larimar has creamy white veins that are milky opaque, similar in depth to white jade, and there are no visible small transparent crystals similar to sugar crystals you’d see in, for example, dyed quartz being sold as larimar. Note the “watercolor” fades between the white streaks and the blur, as well as the flaring structure of the blue areas that looks a little like pineapple texture.

Most common fake is “larimar quartz”. While some sellers are labeling it honestly, many are not. It’s dyed quartz which is more transparent, it includes small “sugar” crystals, and lacks the gorgeous white-to-blue fades and white streaks framing the blue masses, as well as the occasional green and grayish tones. There are also lot of lab created “larimars” which are more or less successful imitations, some quite close, the others not even trying.
Shipping Costs Policies